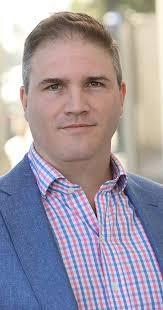 Buffalo is taking an increasingly prominent role on Hollywood's production landscape. Here's why.

The same reasons that landed Buffalo a movie and TV production soundstage earlier this summer came into play with a proposal to build a $75 million film studio, just across from the Tesla plant on South Park Avenue.

Buffalo native and Hollywood writer and producer Matt Fleckenstein has lined up private investors and expects to begin construction on the six-building, 27-acre site by early spring. Fleckenstein's Buffalo Studios is the second major film production center to be set for the city. In June, British-backed Great Point Media announced plans to build a $50 million soundstage complex on Niagara Street across from Rich Products Corp. headquarters.

"Our timing is great," Fleckenstein said. "People are looking here."

"The old days of the Paramount (Studio) and NBC only looking at Los Angeles are over," said Brendan Mehaffy, Buffalo Office of Strategic Planning executive director. "Studios are looking at cities like Buffalo for a number of reasons."

• Hollywood's desire to find locations where costs are less expensive than in traditional filming centers such as Los Angeles, New York City and Toronto. Filming in the Buffalo Niagara region can be as much as 30% cheaper than other cities, said Tim Clark, Buffalo Niagara Film Commission executive director.

"The realities of life is L.A. and New York City are expensive; Buffalo isn't," Fleckenstein said.

• New York offers tax credits for productions made in the state.

Combined the tax credits, plus any offered by Empire State Development and the Erie County Industrial Development Agency, should reduce costs by as much as 20%.

Fleckenstein said the project will be backed by private equity funds he has raised.

• Buffalo's growing reputation for handling major films such as "A Quiet Place II" and "Marshall."

"People I've talked to, including investors, know about the potential of Buffalo," Fleckenstein said. "I have explained, and they understand, the impact this type of project can have in Buffalo."

Clark and Fleckenstein said having two fledgling soundstage film production centers in Buffalo, plus existing companies such as Buffalo Film Works, won't be an issue.

"These things will be full before you know it," Clark said.

Buffalo is expected to begin its review of the project in November. The complex will house six soundstages, one as large as 20,000 square feet. Work is on pace to start in the spring, and the studio should be completed by late 2022.